Take a look at our photos in the Gallery.  We are still taking donations (they will be closed off once we have the official trophy presentation at a date to be announced soon).  To donate please click here

This was a great day on Saturday, 29 January 2022, to remember past North Shore President Ross Sawatzky, when 66 competitor (a record entry) battled it out in sizzling heat to raise a record amount for the Harry Perkins Insitute of Medical Research – currently standing at $7000!.

In the women’s, North Shore’s Zoe Hughes made it two in a row (she was a winner last year with a different partner), pairing with Sorrento’s Davina Dunstan to triumph.  Go to our Gallery and see photos of the day!

The all-Alexander Park side of Ceri Wagnell, Vanessa Saunders and Louise Carson were women’s runners-up. Special mention to North Shore’s Keryn Grey, who through her ‘sportspersonship’ and tenacity, took out the Trophy Specialists’ Spirit of Sawatzky Award, given to the player who showed the same grit and determination that Ross did in his fight against HLH.

All winners received an amazing package of ‘goodies’ worth close to $600 EACH, including SUUNTO Smartwatches from Official Sawatzky Cup Timepiece SUUNTO. TenX Pro, Dean Howlett (Legacy Homes),  and MaxiBlock Sunscreen also made massive contributions so every player who entered got a goody bag. Legacy Homes also generously covered the cost of the very cool individual trophies from Trophy Specialists for every winner and runner-up. And PM Piping (Mick Connelly), Complete Commercial Projects (Paul Snell), KC Australia (Jeff King) and the North Shore Community Hub paid for our amazing tournament shirts.  Thanks also go to Pro Stringing‘s Hanru Fourie also provided five free string vouchers to five lucky recipients, Snauwaert Australia, TenX Pro, Harry Perkins Institute (supplied caps for every competitor), Golden Age of Tennis and Perfect Break Wines and extra thanks to all the companies and individuals who helped to make the day such a huge success!

Everyone is welcome to join us for Social Tennis.

Sunday games are followed by our Sunday Session out on the deck. If you want a good workout, then Cardio Tennis is for you!

All standards are welcome.  Coaching is limited and the focus is on hitting plenty of balls, constantly moving and burning calories.  A fun way to get a great workout!

Looking to join us and make some new friends? More details can be found here. 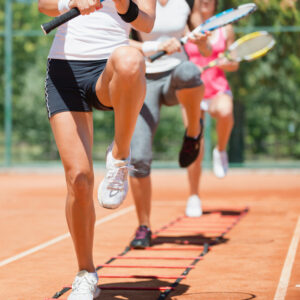 FRIDAY NIGHT – FUN NIGHT – $10 per child
Lots of fun games and tennis activities for the kids starting from 6pm.  Followed by a sausage sizzle at 7pm with Mum and Dad able to watch while they wait to Chase the Ace at 8:00pm! View our calendar for special events.

Private Lessons are available.  For more details on all coaching, view further details here, or contact Jason on 0439 901 086. “Our Club is very proud to announce the appointment of Rod Van to the position of President of Tennis West. Rod is a long-time tennis member and past Committee Member of our Club, and is currently captain of one of our 3 NDTA Men’s Pennant teams.” 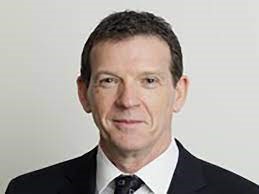 If you would like to play and be a participant in one of our teams, please Craig or Larry for more details.

Happy to just watch? Then come down and cheer on your club! Bar is open from 7pm on Wednesday with FREE pool and darts.

MEN’S PENNANTS
7:00pm Wednesday
(NSCC will be split into 2 divisions for the second half of the season. Fixtures TBA | First match will be played on 2nd February 2022)

Home
About Us
Membership
Sponsors
Function Hire
What’s On
Contact